Welp. No kids? What happened?

This is the second time I played as eve in beginner server. My first took me a long time to finally found a good biomes. And that’s also bad place because the yellow prairie is far away and not much soil. But I keep build village there because there’s nearby vein. Not so long after, my son born and he help me build home. I’m waiting for daughter but she never come until I turn 40 and told my son we have no girl. I was about to give up but he said you may spawned here again. So I keep trying until 60.

We collect 12 iron together but we didn’t want to craft it. We safe it for future if someone else found this place. Then I died old, my son died too.

That was 3 days ago, today I was born as eve again in my old village. Someone else found this place and already use all the iron. Although it changes a lot but I still remember this place because I make two klin.

The place showing sign of a griever. A bear roaming in the north (I didn’t killed it), the mouflun being killed. But other than that this place fine.

I’m expecting to have children but until my last breath, I don’t have any. Not even a single one. So weird because it was beginner server. 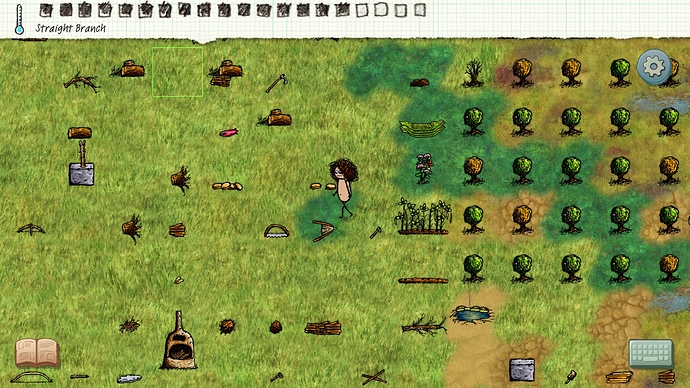 Sometimes people don’t play much, like if you play on us when its midnight there. I guess you just wheren’t lucky that time.

Considering you managed to spawn in your eve camp means that there were less then 4 girls on the server who could have babys.

This likely means the population on the server was really small at that point. Or that all the players were pro enough to survive full lives, (Very unlikely on begginer server) and were all infertile.

Its also possible you were just extreamly unlucky with babys and they were all born to other fertile girls.

The baby chances are affected by factors like food chain and warmth. So someone with perfect temperature and a highbfood chain will have much more babyd than you.