When my friend made me kill My first boy🤦🏻‍♀️

So uhhh my friend convinced me to kill all of my boys born.
At first I made a bow then I had river then I had lily.when lily turned three I killed her brother in front of her then I had Luke(the trader) she was telling him to run but he didn’t I saw lily trying to grab the bow so I took it and killed her. Luke said sis bad so at the time I thought he wasn’t bad. Then I more kids then one day Luke picks up the bow and kills me but karma made sure that he died of starvation. 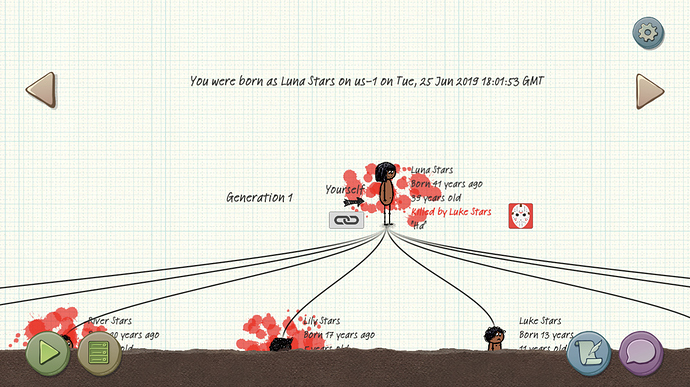 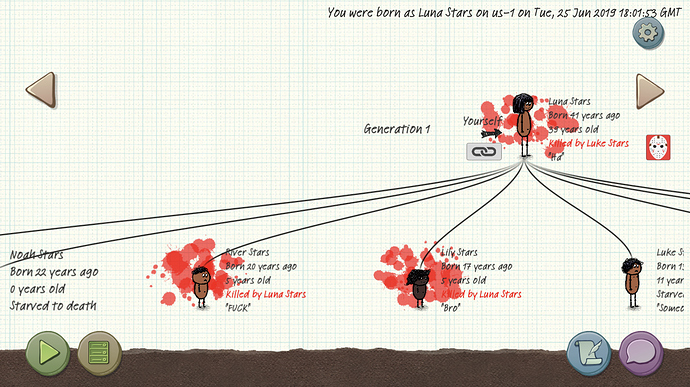 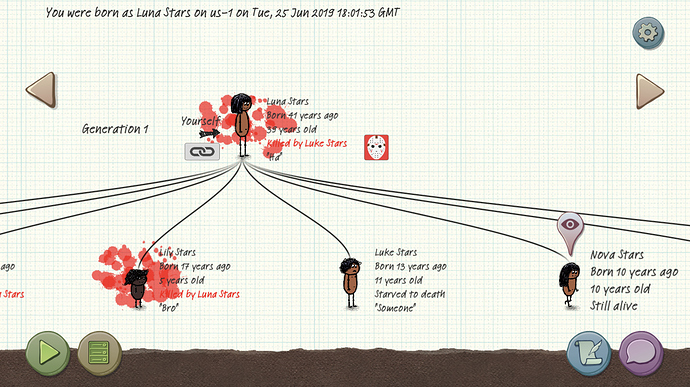 karma made sure that he died of starvation.

I’m pretty sure he committed suicide.

Nah when comparing lunas age and born ago times and lukes times they both died within the same minute this means that shows that luke most likely died holding the weapon and nobody fed him.
As his last words were “someone” he was probably trying to ask to be fed. Like someone feed me etc.

Actually. You don’t have to kill your son. Just don’t fed them when they born. But honestly, killing babies is bad and I wouldn’t recommended unless they show weird behavior.