A griefer just wrecked our town and I’m so mad

So, I had a son. I wasn’t expecting it tbh because this player had no bans and I hadn’t encountered a griefer in awhile. So I dress him up, place him in the kitchen and give him a bottle. He doesn’t respond when I talk to him and immediately dashed off when I put him down. Oh, so he’s a suicide baby. Not a prob but he could’ve at least told me before I wasted cloth and fur crafting him an outfit. I decide to look for his corpse and am a little confused to not find it. I go back and see him ringing the bell. So he changed his mind and decided to stay or was just a noob who didn’t know that it was dangerous to run off at 2 years of age I think. I continued my tasks and didn’t think much off it until I went outside the kitchen and saw that a juniper tree that has been there was chopped. Wtf. I figured that my son must’ve did this and went outside to look for him. While doing so, I find he chopped half of the trees in the village. I’m pretty angry and get a bow and arrow to kill him. I find him holding a pittbull puppy obviously aware that it would die. I try to shoot him but he’s fast and finding the bow and arrow inconvenient, I opt for a knife instead. I chase this little ■■■■■■ for a good while and at one point he got a knife and tried to get me back but I was able to stab him. I banished him after that. I really hope that another player in our town doesn’t give birth to him. I posted pics btw so you can see the damage done.

Wow😤
Im glad you got him in the end !

Me too. But it still doesn’t feel much like justice with the damage done : (

Ya, keep their bones for ppl to banish & hopefully they will not be able to spawn back there!
If I get born there I can banish!

Yeah I didn’t move the corpse. I will definitely tell other players what happened and have them banish his bones too just like you suggested!

Also anything with his ID on it, like the trees he chopped!
Bones wil decay but the trees will still have the ID on them

Wait, I know how to check ID but I had no idea you can ban players through this method. How does it work?

Items keep an ID of the last player to touch that specific item,
Like the trees, if you long press on them (dont tap, but hold cuz if you tap you will interact with it & it will change the ID) it will show the ID of the last player & what they did!
So like with the trees, u long press on one & it should say his ID & that he changed the tree from tree to chopped down tree.
Something like that, & when u see that u will also see the banish button appear in which u can banish that ID

Oh, ok. Thanks for sharing this

he could’ve at least told me before I wasted cloth and fur crafting him an outfit.

Babies can’t really speak that well, so how would he have been able to communicate that?

it still doesn’t feel much like justice with the damage done : (

Don’t worry! I’m sure you’ll be able to find some people that’ll help you rebuild.

OH NO THIS IS OLD BUG’N’BEE TOWN

Oh no… I am sorry to you😭 Do you still have his ID n are you living there for now? I was there once and it was wonderful…If I get born in the town I’ll also ban it!

Thanks, I’m not sure since I lost my home marker after that (AGAIN). But yeah if you are born there again, please do!

We can fix it but it definitely won’t be the same with the juniper tree gone. ;-;

We can fix it but it definitely won’t be the same with the juniper tree gone. ;-;

Plant a row of pine trees, it will be useful after update 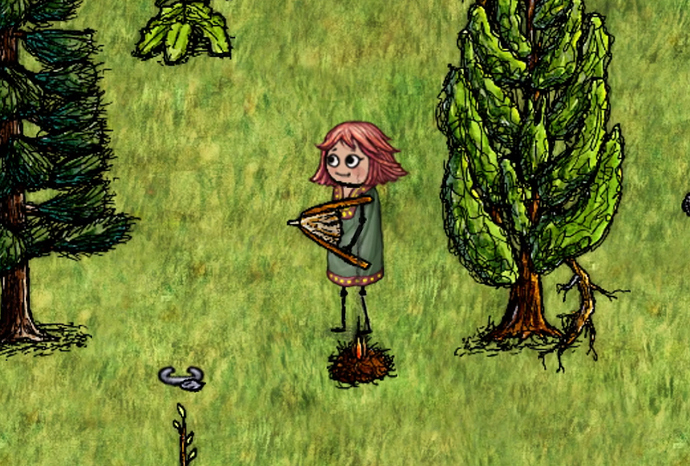 Yes. But that holy juniper tree was there for literal millenias and was kind of an emblem to the city. It was known as “the city with the juniper in the kitchen.” It won’t be the same anymore </3

This. : ( I really wanna advocate for being able to plant juniper saplings because that juniper tree made that kitchen. It really gave it a mediterranean/tribal feel.

I wish we could replant junipers even if it’s 10 times harder , and have a way to protect certain trees from being chopped.

The world became darker the day this juniper tree died. </3

RIP juniper tree! When I come by I will also ban the griefer

Ty for invitng me to town! It was amazing!