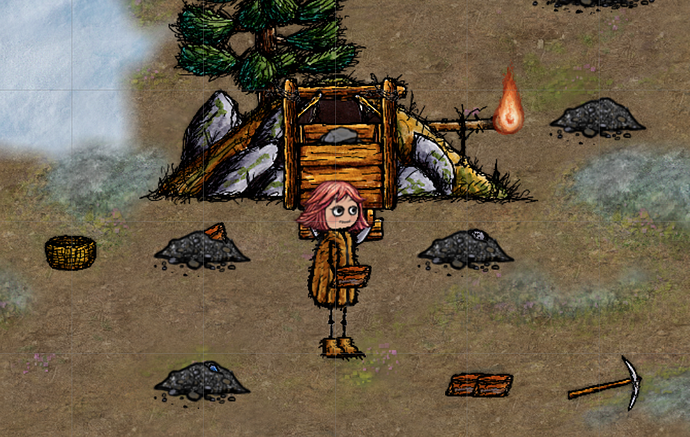 , the crafting recipe will be the same as the original hat , just wayyy more cosy

At least mining and Santa Claus have something in common. Coal! 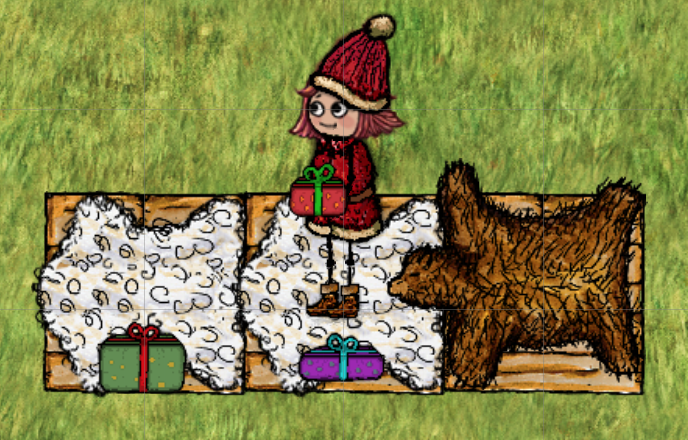 A post was merged into an existing topic: Cradleboard for your papoose, for the working mom

@MsBee @TheRedBug so much for having to block off our bear caves!!

I knew it would happen, hence why i did not permanently blocked them.

It’s a very easy fix tbh :3 worry not. I was awaiting this to happen

今回のアップデートは最悪です。
私は鉄を掘るのが楽しかったですが、今は苦痛でしかありません。
一個の鉄を取るのに手間が10倍に感じられます。
リアルにしたかったとしても、アップデート前と比べてここまで手間が増えるのはとても残念です。
This update is the worst.
I enjoyed digging iron, but now it’s just a pain.
It takes 10 times more effort to take one piece of iron.
Even if you want to make it real, it’s a shame that it takes so much effort compared to before the update.

i have to agree it feels a bit unbalanced. there is a lot of effort you have to put in mining now. so it should be equally rewarding. before that you got like 12-30 iron from tapping one mine. now you get like 2 to 6. and with the cave mines you have to invest iron to get iron. i guess that will lead to smithing stations build closer to badlands. so you have shorter ways to get iron.

here 7 ideas to add to it

Completely agree with this.

Before the update, when i am a boy, i spend my life mining iron mines for the town. i liked doing it, and it helped the town get lots of iron. Now, it’s a dread. i don’t bother doing it anymore because i know i will take 10 times longer. The worst part is that now, I break at least 1 pickaxe per mine. before the update, pickaxes rarely needed to be replaced.

isn’t it ironic that the update makes us spend more iron (to replace pickaxes/make cave mines), while simultaneously making iron harder to obtain?? the whole reason people want to mine iron is because iron is in shortage… after the update, it’s so much more tedious, and with the risk of broken cave mines, you end up with a net LOSS of iron instead.

on a related note, i’ve seen the new mine cave fail completely, i don’t know if that is a bug. this means that after spending all the time and iron and materials to make a cave mine, it fails (breaks) and produces nothing. Today, i saw 2 failed mines next to each other. As a result of that, the town wasted all its iron and was left with none. the 3 people that dedicated their 40 minutes to those 2 mines just gave up in frustration and killed themselves.

Maybe the cave mine is supposed to be based on chance, similar to the mechanic of the oil rig (20% chance to get oil each try, and uses a lot of steel). in that case, fine. But at the very least, I hope the regular iron mine (not the cave mine) can be reverted to what it was before the update.

I agree with you.
Conventional veins are particularly bad.
(1) The vein was broken in a single mining operation, and what came out was not even iron.
(2)The iron, which used to produce three stacks, has been reduced from one to two stacks.
(3)There are times when the pickaxe cannot be used after the basket is set.
(4) The return is too small for the consumption of the pickaxe.
In the early villages, you really don’t feel like digging for ore.
At the very least, it would be nice if the number of things you can get from one mining trip changed from one iron to three.

There’s a bug in the vein mining with the basket on mine that will be fixed soon. As for the collapsing rate there will be adjustments coming with this bug fix update.

the return rate for the cave mine seems to be 1 iron spent to get 3 irons.
there was someone getting 100 irons from one cave mine and had to spent 33 irons on it.

There is an element of randomness to the mines, so I would say give it some more tries before you come to conclusions. The number of uses of the old mines has not changed, but some of the time you get something else than iron now, so I might be persuaded to actually increase the output.
There is a bug though: if you remove the empty basket from the mine, this will also count as a use. Avoid doing that until we have fixed that bug.
The fact that you can’t get 20 iron by just tapping 20 times anymore is not less balanced, but more balanced. I think you will agree if you think about it?

Please continue with the feedback though. I may push back here and there, but that doesn’t mean I don’t appreciate you taking your time to write down your experience and thoughts

By contrast, this guy got pretty lucky with his mine. It is still not exhausted either… 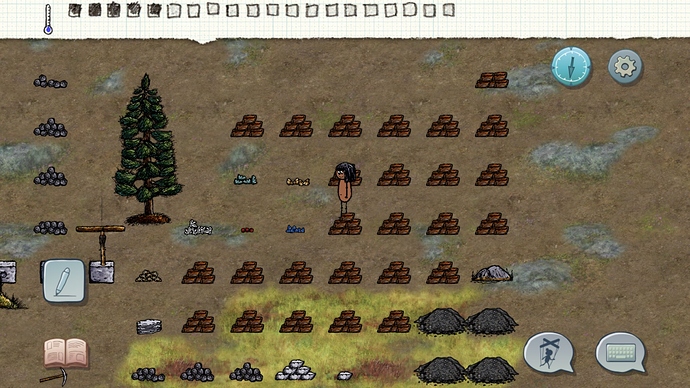 So , my mine hole turned to broken after one use just because I am so worse luck？？？

“The fact that you can’t get 20 iron by just tapping 20 times anymore is not less balanced, but more balanced.”

I would love to hear more elaboration about how you think the new iron veins are more balanced! Many people here have thought about it and came here to express our grievances. I certainly wouldnt have done so if it didn’t negatively affect gameplay.

For me, I would love to hear the motivations behind changing the mechanics of the conventional iron vein - did you want it to be more realistic? Did you think that iron was too easily accessible? Did you want to make players expend more effort to get iron? Did you want the pickaxe to break more often?

I’ve tried a few more veins since then, but I don’t think they are any more balanced than before.
I don’t even know what you mean by balance.
Do you think it’s worth using iron for round stones or limestone?
Let’s take someone else’s example: do you think it’s a good balance to turn 33 iron into 100 iron?
I don’t think so.If you have 33 pieces of iron, you can make an engine.
This is fine if your village has enough iron, but this modification will hurt the early villages.
There is still the problem of villages being too close to each other in Japan beginner. I’ve written before about how iron is fought over.

Another problem is that it takes too much time.
It would take five times as long as before.
If all the pickaxes break on the way, you will have to return to the village.
It’s worst when it’s far away. It’s easy to get lost, and it’s hard to tell your kids to take over the work if you didn’t complete everything.

The person in the image will be lucky indeed.
But how many pieces of iron did it take to dig it?
How much time did it take?
There is a lot more than just iron. I don’t want to gamble. I just want to deliver the iron to the village.
From the above, I think the balance is bad.
What is your reason for thinking that the balance is good?

The topic of game balancing is really interesting and yes, I’d be happy to write down some thoughts on this with the mines as the practical example. I think that could make for an interesting discussion for those who like to come up with ideas on how to develop the game further.
That will likely take me several hours though and I doubt I can make it happen before we break for Christmas. So please be patient