The first bowl of stew has officially been made

The first stew pot on mobile ever created has been made by me. This is an honor.

Thank you for the devs to allow us to do such wonderful things. 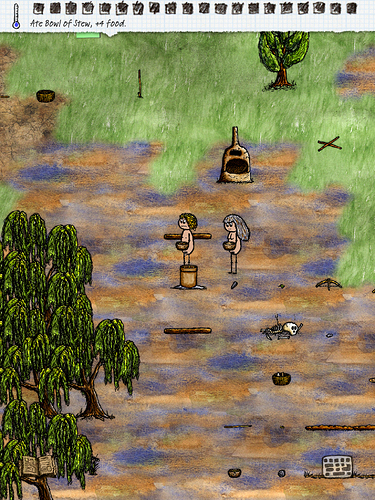 A great achievement, but also a bittersweet moment. You were a good son! 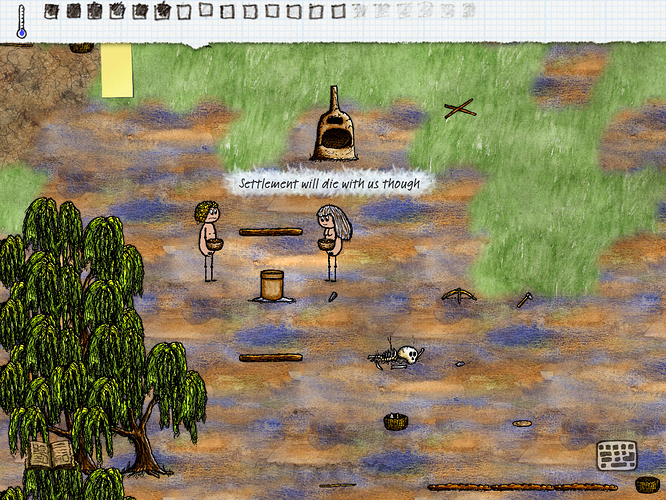 2 posts were split to a new topic: How to make stew

I knew you would be first @TheRedBug

You know how long ago this was, right?

I remember the first time I made a bowl of stew. I spend half a life figuring out the recepy and tracking down all the ingredients. Then I tracked down and planted some potatoes just so my people would have the full set. That was a good life.

It’s always fun when you learn new things! I don’t consider myself a pro but I do at the same time. I yet don’t know how to build rails, catch cows etc. But it’s fun when you learn how to do it, even if 1 day later you internalize it and it loses its 'learning magic"

also it was nice when we still had our private parts. the true good days

Don’t you catch cows the same way you do sheep? Yeah, I’ve got a bunch of the most useful skills down, but there’s still a ton to learn.

Cows are caught in a similar way to sheep. Shoot a wild buffalo twice, feed the calf a bowl of dried corn kernels and lead the calf with rope into a pen where it will begin producing cows.

Cows can be much more beef giving animals good way for people to stop grifing when u loss sheep no pies or no wool but poisoning cows is a good way to defend them no stabing all the animals griefers have to spend some time trying to kill them without walking and seeing them stabbing them. then when they try to look they could give up.and insted of always milk maby have just beef and milk and hide its like a bear that gives meat im just saying when haveing items it could be better items baffolo wild wings kill them and take some food from them.

I think I stumbled upon that settlement… I buried you two. Had a shovel with me and did it